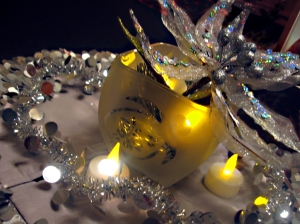 There are many ways to ring in the new year – and this year, according to the Chinese lunar calendar’s Year of the Dragon –  promises to endow us with health, wealth and happiness to the nth degree!  A very powerful reason to enjoy the hospitality of Carol and Allen’s welcoming home on the slopes of Hualalai, wouldn’t you agree?

As in the past, Carol has graciously provided a place to reflect on the past and collectively hope for a positive future, in the form of a potluck gathering.

Guests were asked to provide a dish to complement Allen’s “Pulled Pork Sandwiches”.  The photos  reflect a tasty assortment of food  from pupu’s (appetizers) to dessert.

Our host / hostess surveying the menu 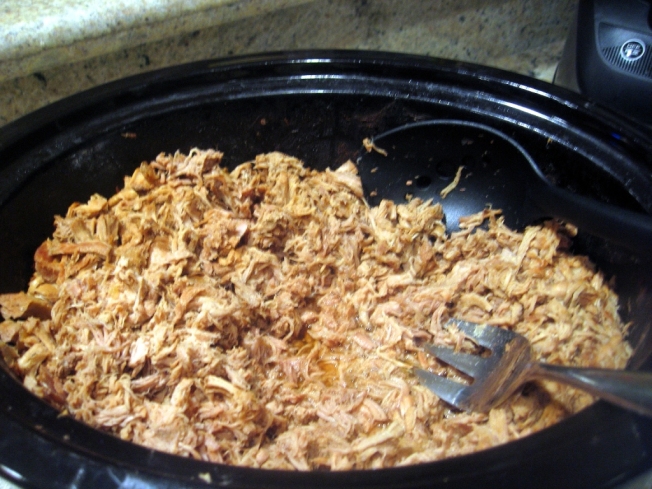 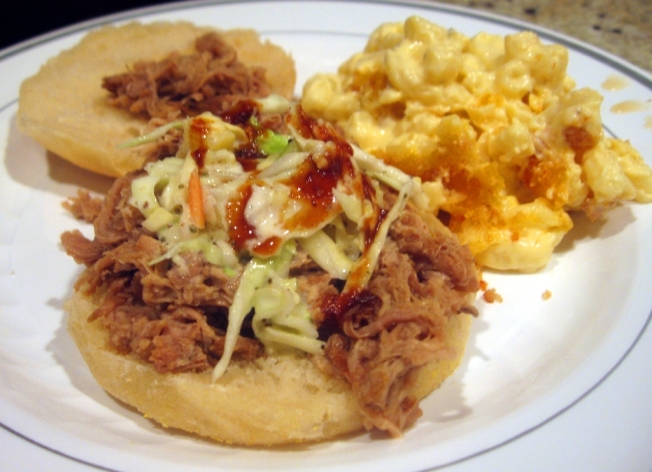 Also, as in the past, all of the male attendees assembled to one table, except one brave soul – Bill – who chose to grace the wahine’s table, which, in my opinion, was far more interesting than the stoic men on the lanai who were probably discussing the latest national financial abyss.

Party conversations eventually drill down to the current political track, and when it starts to get personal on a grittier level, it’s time for dessert – or more champagne! 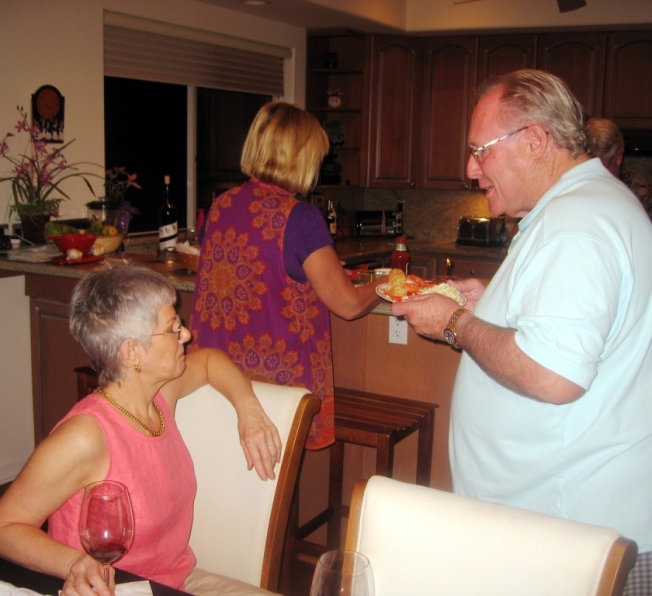 "...every President deserves the available percs..."

The State of Hawaii has really put a clamp on individual firework displays, and honestly, with the growth of our population, it’s a good thing!  Gone are the days when the skies were filled with orange tailed rockets, and kids indiscriminately setting off home-made bombs in their front yards or out in the streets.

There was no public display in Kailua town that evening, however the topography of north Kona allowed an unobstructed view of a few neighboring illegal aerials, which were spectacular and appreciated by the partygoers.

After the midnight hour, the group slowly drifted away into the night, mentioning which routes were being taken to avoid possible DUI checkpoints.  Not that we were all intoxicated to the point of no return – actually we were a more responsible and reflective group this year.  It’s possible that with the arrival of 2012, we are all appreciating our families and friends with a realization that we have much to be thankful for.

"I desperately need my beauty sleep!"